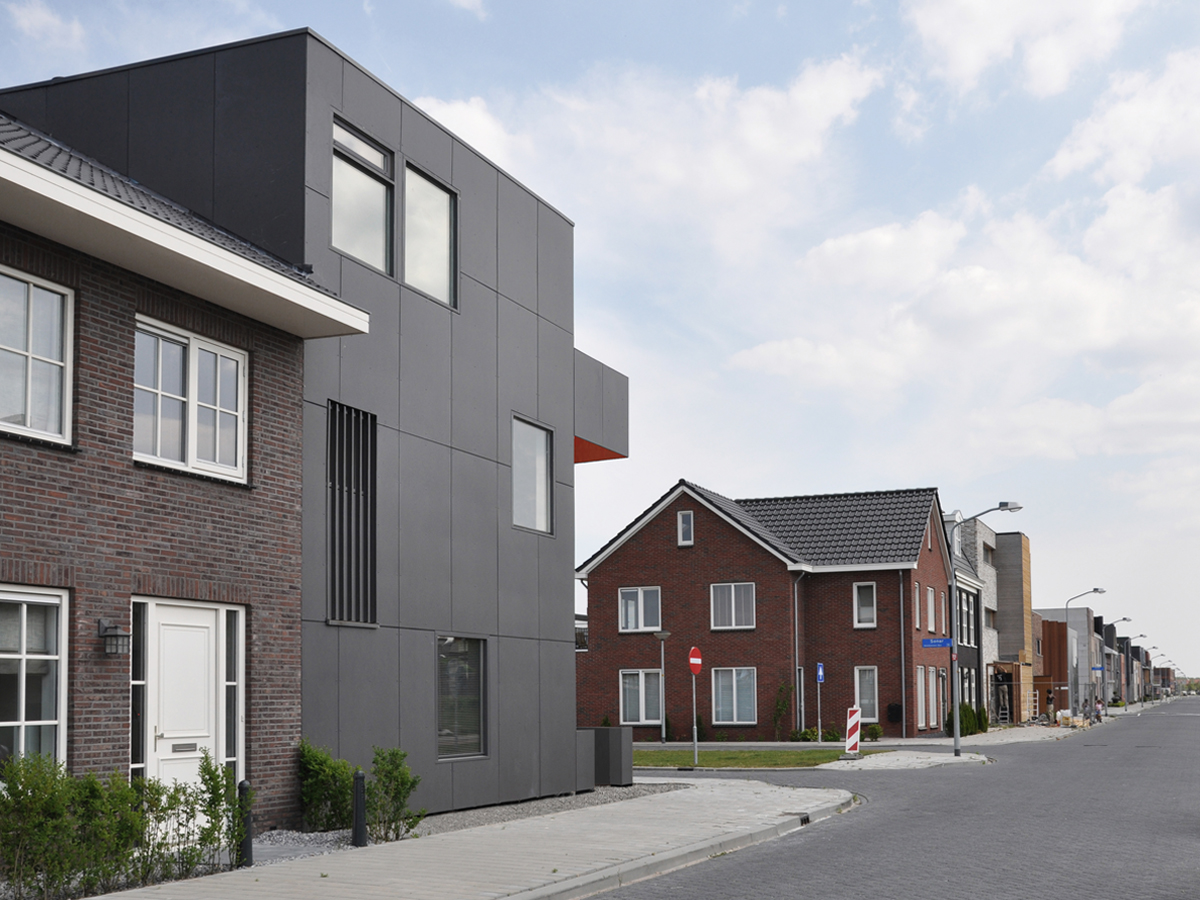 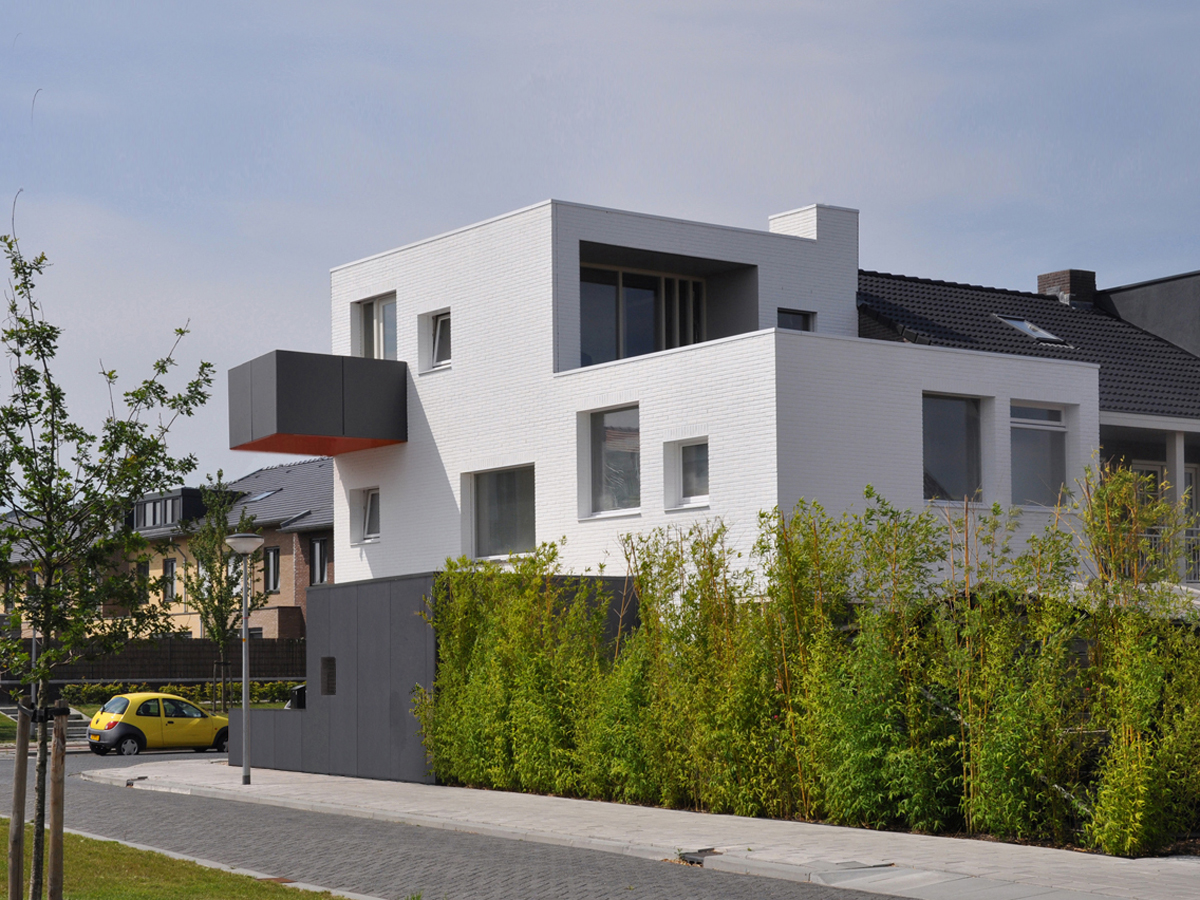 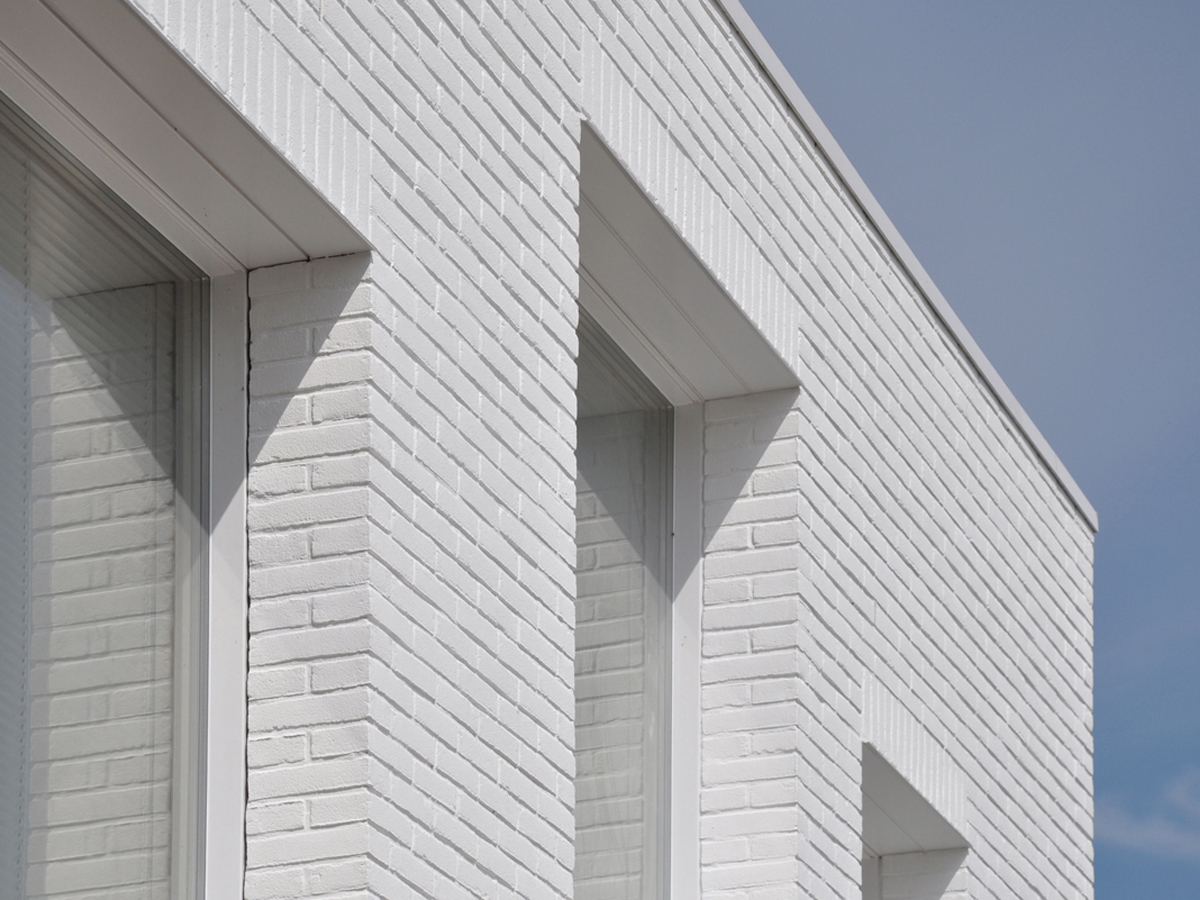 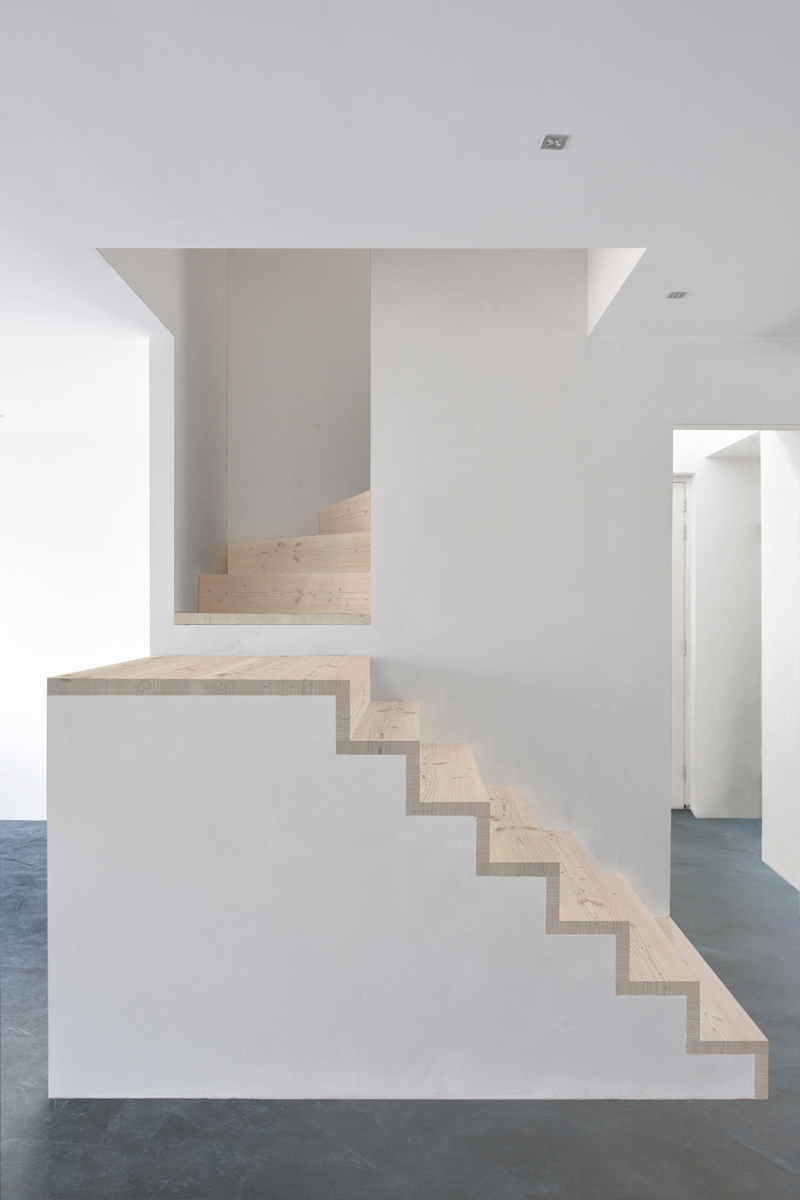 Almere is the largest testing ground for private and collective private commissioning in the Netherlands. Until 2030, the municipality will distribute 1000 plots per year, giving inhabitants the possibility to realize their dream home. In the area Noorderplassen West, which is to become a patchwork of individual villa’s and row houses, the Corner House is situated at the end of a row.

Working with a tight budget, a compact and straightforward volume and spatial organisation forms the starting point for the design. Two small additions to the basic volume; a balcony overlooking the street corner and a storage shed marking the transition from the entrance to the garden, give the building its characteristic appearance. The corner position is further enhanced by the use of two contrasting façade materials. The front facade and perimeter wall are executed in anthracite fibre cement plates with flush-fitting aluminium window frames, while white mineral silicate painted brick walls with deep window recesses are used on the side and back facades facing southwest. By merging the perimeter wall with the front façade, the garden becomes intimately intertwined with the interior. Inside, a central void and staircase connects the open living space on the ground floor with the more private spaces on the upper levels, and brings light into the heart of the house.