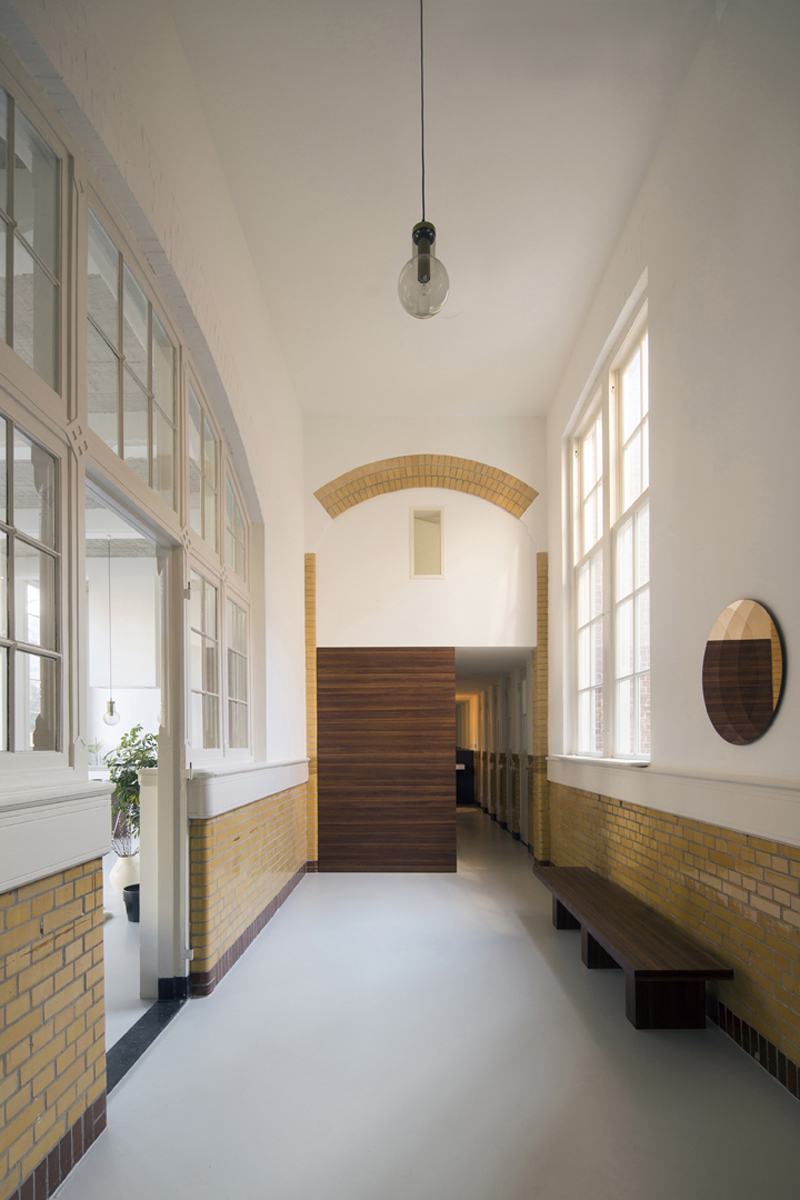 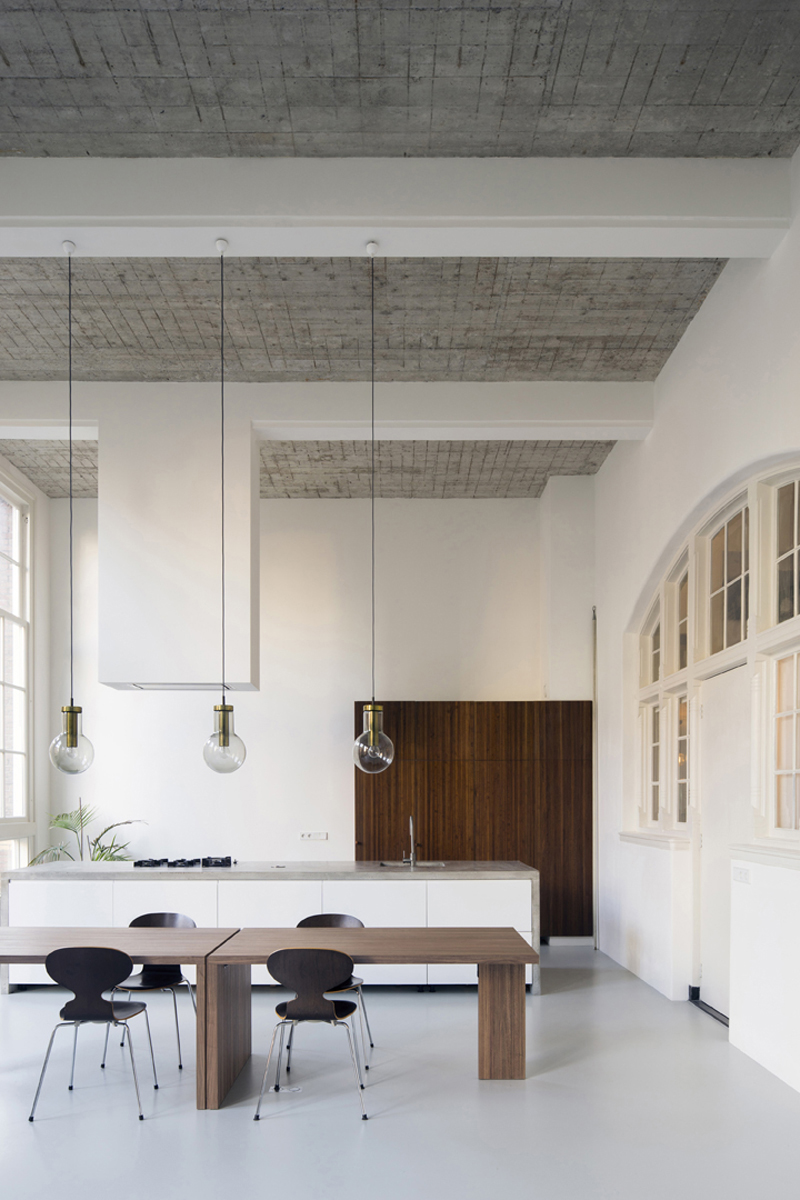 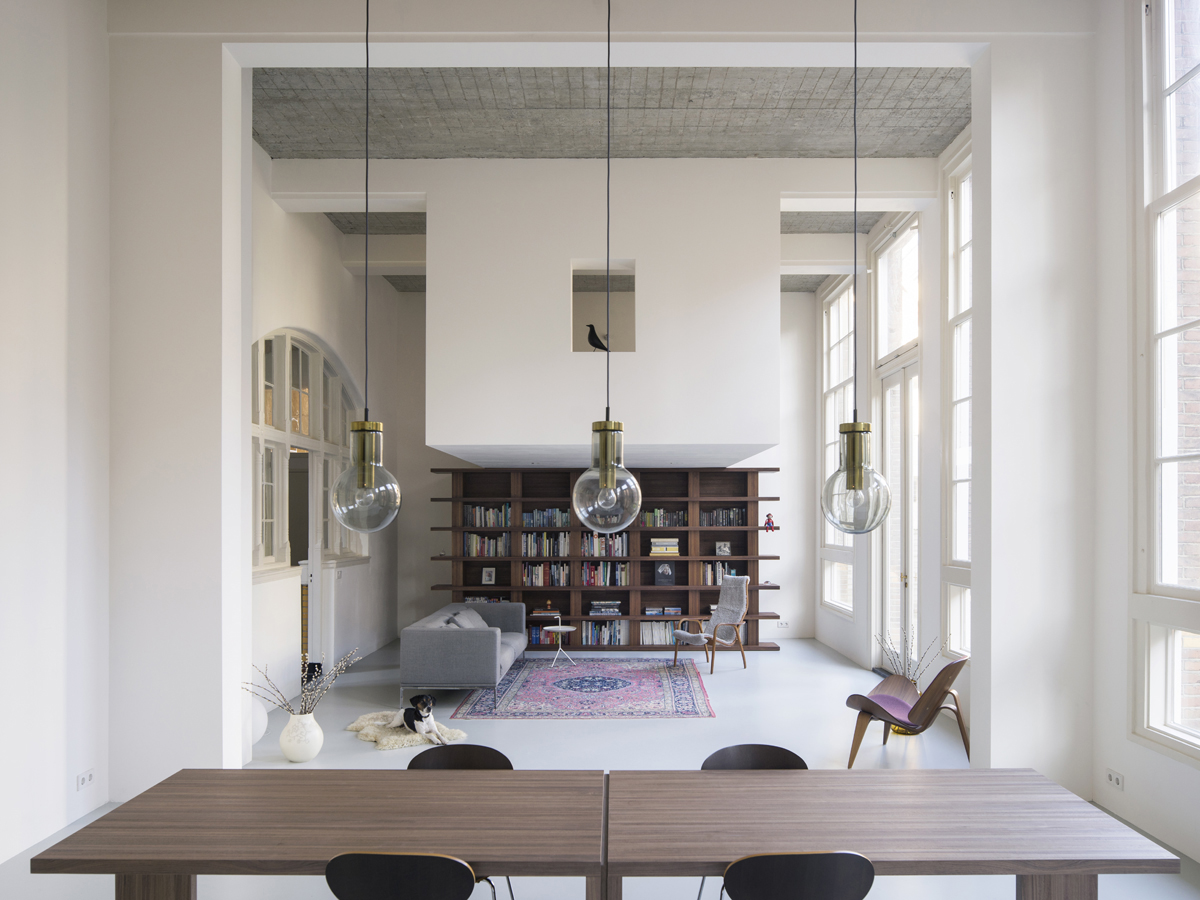 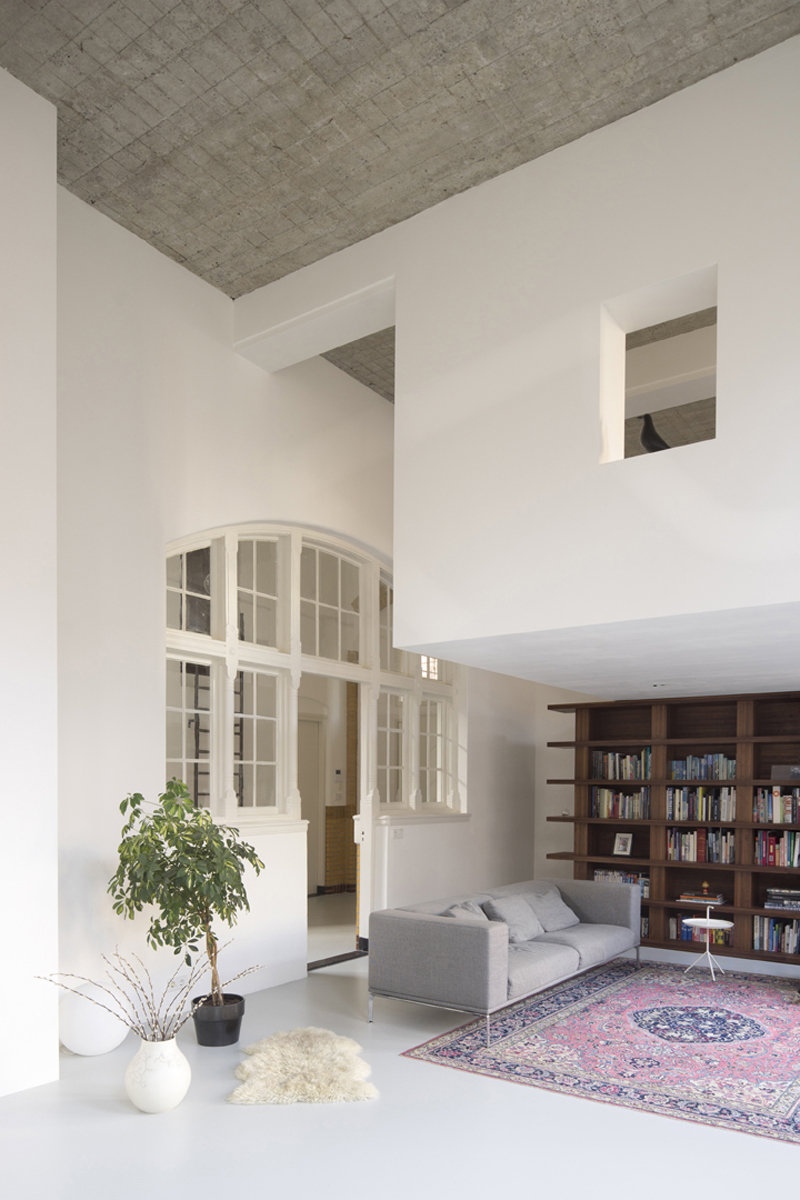 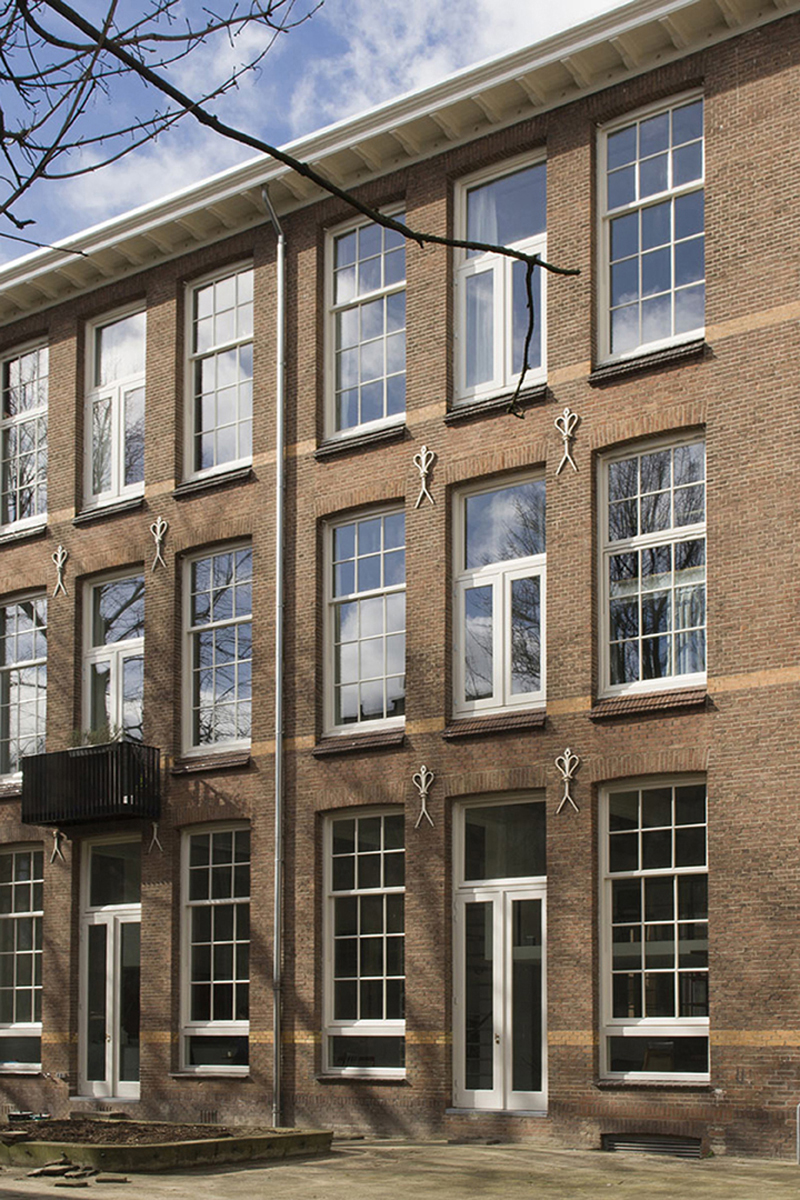 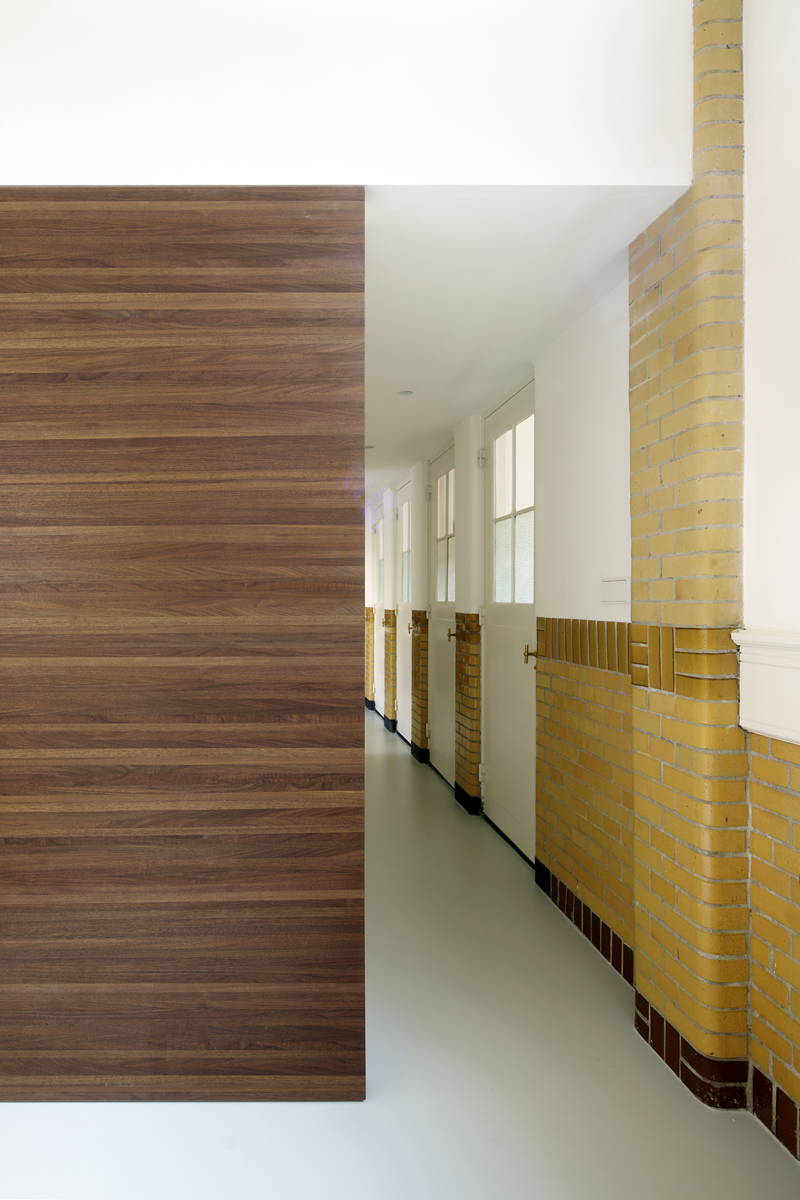 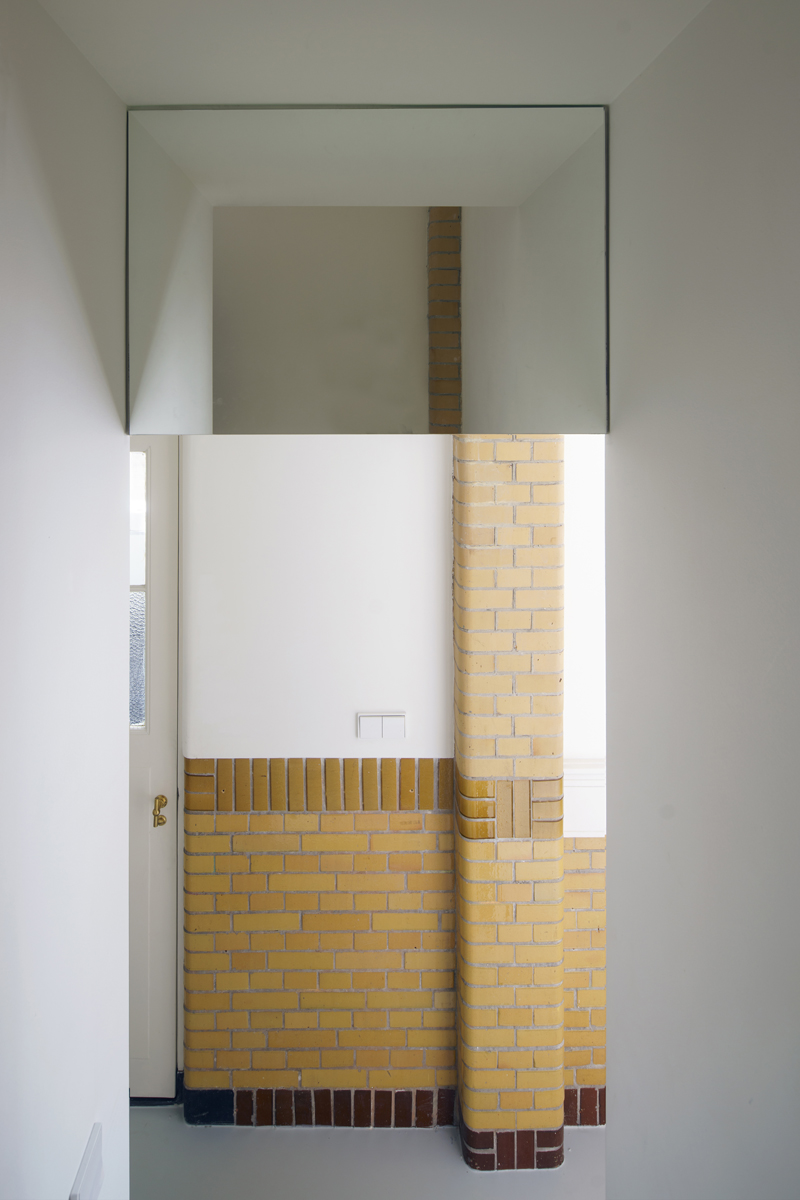 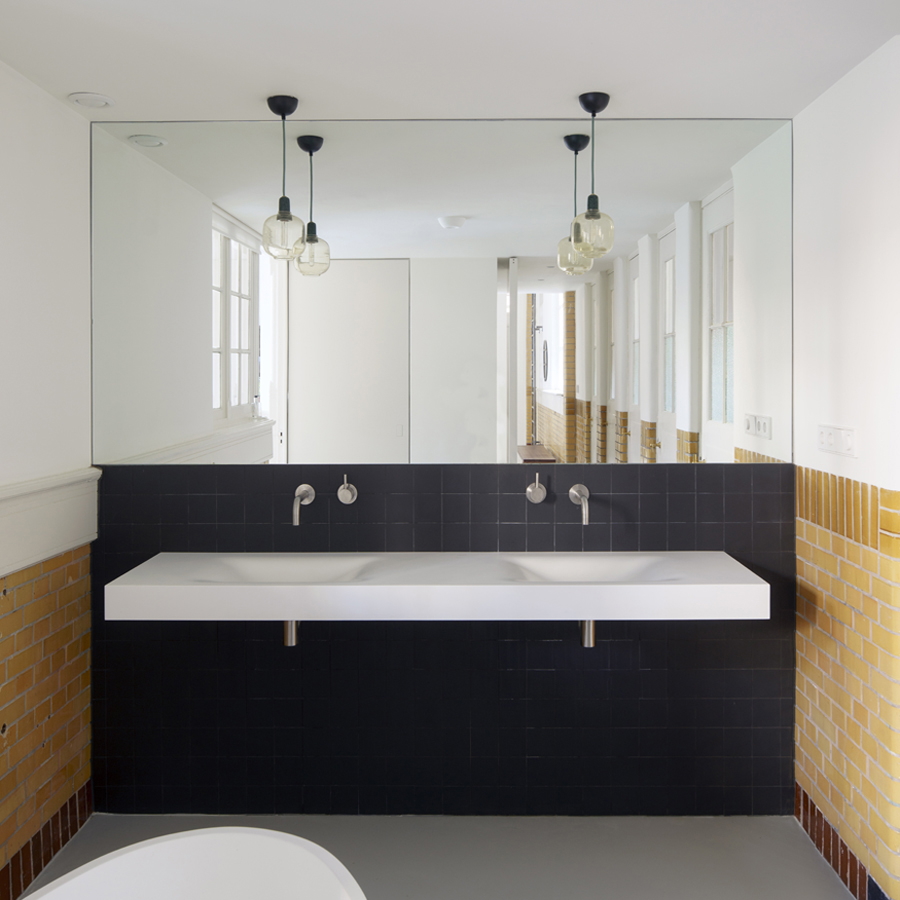 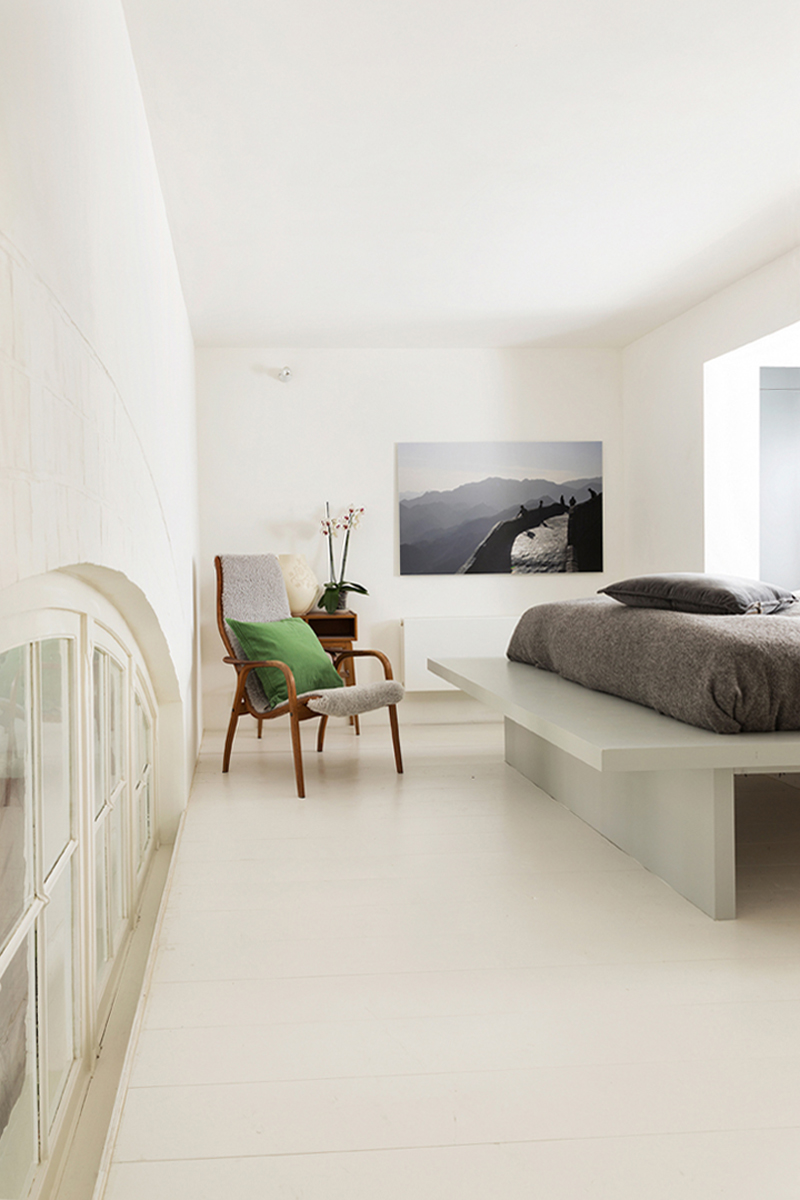 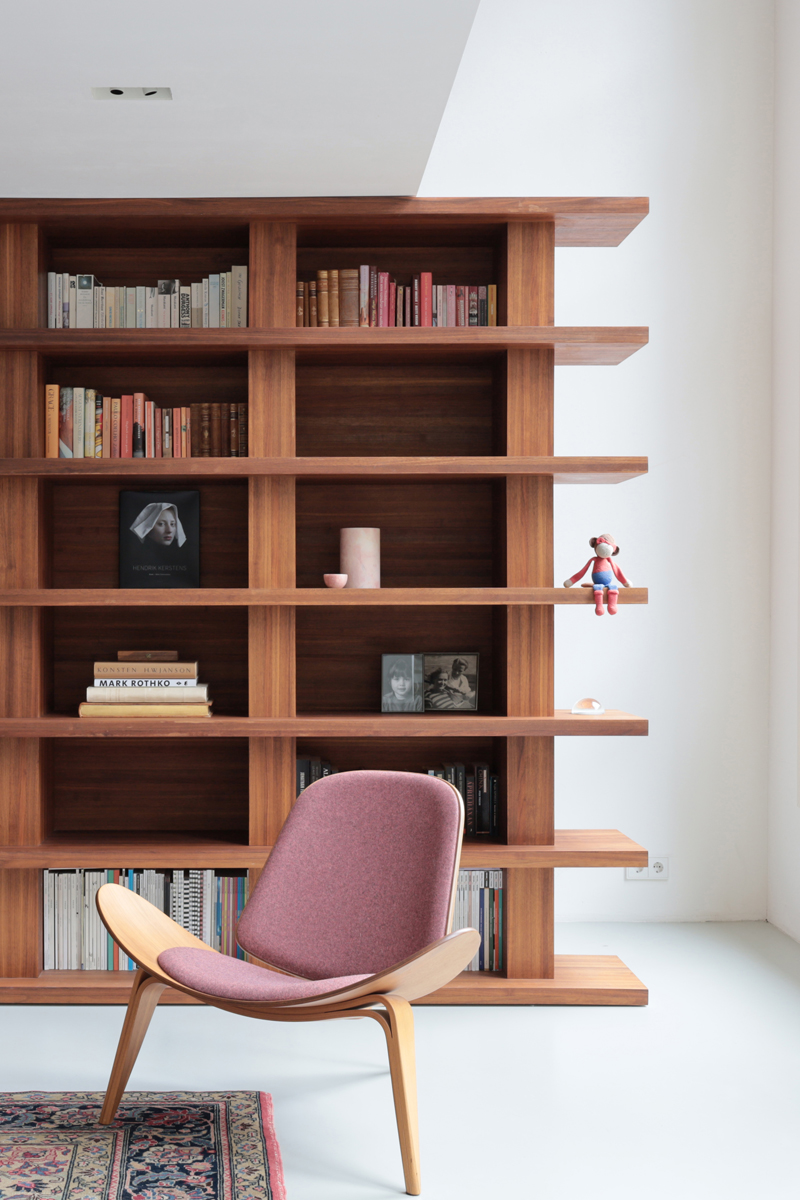 For a cooperative housing community, eklund_terbeek has transformed an early 20th century school building into six apartments. The building is part of an ensemble of three former schools, situated within a building block in Rotterdam West. Eklund_terbeek architects were responsible for the renovation and transformation of the building as a whole and designed one apartment in detail.

The apartment consists of two former classrooms and the adjacent hallway zone. Starting point for the design was to make optimal use of the inherent qualities; the monumental space, the tall windows and original details. The wall between the two classrooms is removed to create a large loft-like living space. The ceiling height of nearly five meters offered possibilities for creating new intermediate floors and more intimate areas. In addition to the characteristic mushroom shaped windows between classroom and corridor a few strategically placed new openings create sightlines and increase the sense of spatiality and light. In the open living space a mezzanine is suspended from the ceiling, creating a lower and more intimate sitting area underneath. A secluded workspace can be reached by a stair behind the bookcase. The kitchen, situated in the high part of the living space, is organized around a large concrete island. An oversized extractor hood, suspended from one of the loadbearing beams, mirrors the mezzanine on the other side. In the adjacent hallway zone, a second mezzanine floor is added to provide space for two compact bedrooms. By making openings in the existing loadbearing wall, alcove beds are created. On the ground floor a box containing a walk-in-closet and the stairs to the bedrooms separates the bathroom from the entrance hall. The bathroom is designed as a circulation space, directly connected to the dining area, but can be closed off for privacy. The five original school toilets are given new functions and a mirror across the rear wall of the bathroom makes it possible to experience the original length of the school hallway, with its ten toilet doors, again. The former director’s room next to the entrance now serves as the guest quarters, on top of which a third mezzanine floor is added.

The interior of the apartment merges old and new into a balanced whole. Contrast between high and low, open and closed and original details and contemporary additions put the experience of space central. Walls and loadbearing beams are rendered white and the rough concrete ceiling is exposed to add contrast and texture. A family of interior elements in dark walnut wood, provide warmth and a sense of continuity. In the hallway zone the original yellow glazed brickwork is preserved and in the bathroom a contrasting matte anthracite tile is added.